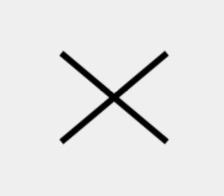 Thirteen countries and the European Commission participated in Task 6, which commenced in 1997 and was completed in 2000. The objective of the Task was to develop mechanisms for promoting the implementation of demand-side management (DSM) and energy efficiency in restructured electricity industries and competitive electricity markets.

During the Task, 99 existing mechanisms already in use in the countries participating in Task 6 were identified and described. Twenty-five mechanisms were developed in detail and reviewed by practitioners who may be involved in using the mechanisms. The effectiveness of the developed mechanisms was assessed against a range of criteria.

Four types of mechanisms were developed:

Task 6 also identified the public policy goals and objectives which governments may seek to achieve through the reform and restructuring of the electricity industry. It analysed how the effectiveness of mechanisms in promoting DSM and energy efficiency is influenced by different structural models for the electricity industry. Effectiveness was judged by analysing the effects of different electricity sector structural models on the mechanisms,and by reviewing the barriers to the implementation of DSM and energy efficiency which were addressed by the mechanisms.

The Practitioners Workshops were designed to provide a ‘reality check’ on the practicality of the developed mechanisms.

The major products from Task 6 comprise: