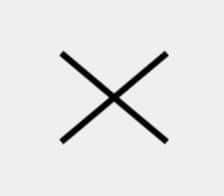 The workshop was hosted by: The Grazer Energie Agentur, Austria and Landes Energie Verein Steiermark (LEV), Austria. “Energy Services for Tomorrow – The Future of DSM”.  When the DSM Programme started it had three main areas of work – Policy (analysis of applications), Technology and Measures. The exchange of experiences gained from these three categories is crucial if we want to make the best of our resources.

Events during 2002 seem to have given some new breath to the DSM concept. First of all were the close calls showing that energy systems both in a technical and in an institutional sense, and sometimes both, are vulnerable. California was the most spectacular example. Secondly the concerns over environment and climate has made it obvious that, as far as energy impact goes, measures must cover both the supply and the demand side and that simultaneous treatment of the opportunities opens up for better solutions. Since the DSM concept is built on the interaction between the two, it also offers some good “readymade” chances for analysis and measures.

There seems to be several reasons to ensure that the DSM concept is developed in light of new Tasks and new institutional arrangements. This workshop was structured to deal with and develop the views on these issues.

Position of DSM in the Energy Market Place

Presentations made at the seminar:

1. The Logic – DSM a Modern Dilemma – presented by Hans Nilsson, Chairman of the IEA DSM Programme.

2. The EC Proposal – Reasons for an Initiative on Energy Services -presented by Randall Bowie, European Commission, Directorate-general for Energy and Transport, Brussels, Belgium.

Opportunities for the Future/Rethinking DSM

Presentations made at the seminar:

2. The Future of DSM in a Competitive Electricity Market – To Improve Security and Diversification – presented by Linda Hull, EA Technology, United Kingdom.